Will Sliney is another man who's really supported the book all the way along. He's doing great things over at Marvel and here at home with his Celtic Warrior book, which is selling like hotcakes.

Here, he depicts Irish and his whiskey, two pals ne'er to be separated.

Though, (ambiguous) truth be told, this is pretty much me on any given Friday night in the studio. 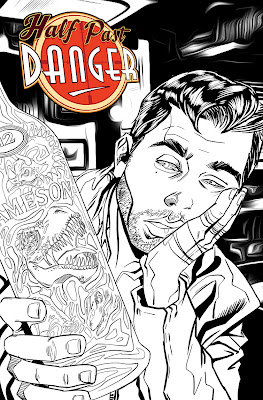 This is a pinup done for the book drawn by legendary Irish Storyboard and Layout artist, Tom Galvin.
I worked with Tom for 2 years in Dublin animation company Boulder media, in the BG department, straight after college. Tom is one of the most talented fellas I've ever worked with, and I learned an awful lot from him about basic storytelling and framing techniques, plus annoying youtube clips. We were led by the fearless David O'Sullivan, then head of the BG dept. in Boulder, now drawing The Crimson Blade for Atomic Diner comics! 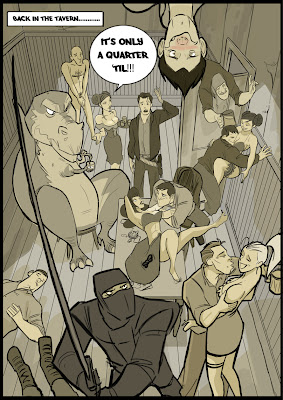