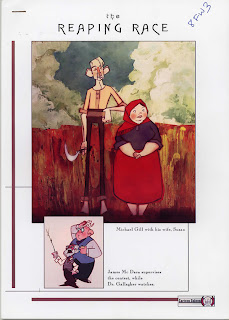 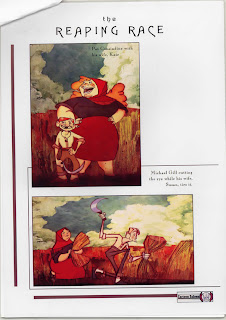 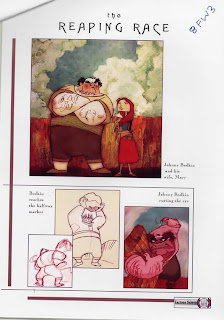 Another week spent on stuff I can't post so I trawl the archives once more...
This is a proposal we did back in 2003 I believe for a short film based on a short story.
The files got corrupted and all we have are the print outs of the images we sent to the film board.
Until now the only people who ever saw this stuff were the people who turned it down for funding back then. Maybe they were right but I still like some of these designs and think it might have been a nice short.
The painted Background is by Ross Stewart - I did the characters and photoshop colouring.
Posted by tomm at 11:40 PM

Wow, that brings back some distant memories of that old story