The Death of the Age of Heroes 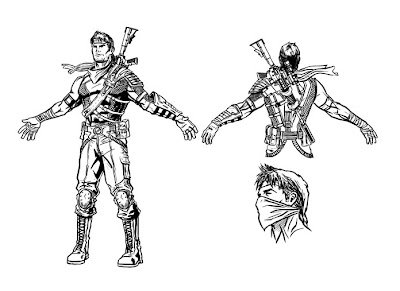 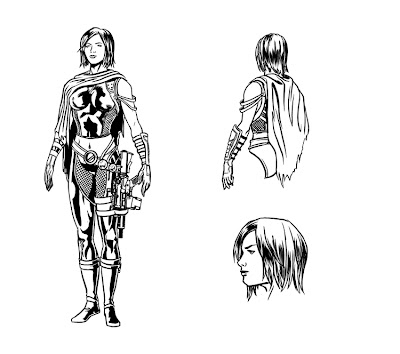 Those of you following my blog here will know that a couple of years ago I wrote and drew my own comic. It mainly served as a bit of fun. I got a lot of practice in colouring and writing which I never really had done before and I learnt a fair whack about storytelling too. Looking at it now (The whole first issue is almost fully up now) is quite cringeworthy and I've been itching to go back to it in my spare time and tip away at redoing it.
The first thing I obviously had to do was to rename it now that Marvel are bringing out a new comic called the Age of Heroes, but that name doesnt suit anymore as I have drastically changed the story. As of now I have the first couple of issues rewritten and in my spare time I've been mucking about on some character designs. I did these ones about a month ago.
In other news I've been working hard away on Farscape. The storys are getting really really good and there are a few things coming up that I cant wait to draw
Posted by Will Sliney at 9:14 AM

Jesus, this looks about as dramatically different from the original character designs as possible. Great drawings man, love this kinda model-sheet stuff.

Yeah, i was thinking the same thing.

Yeah the property has already been licensed out to a computer game and movie deal. They probobly look like the because i put his arms up and out to the side, which is what you do if your going to model something in 3d. I still cant shake the old job obviously