So, inspired by Nick's delving into his past drawings, and because of the fact that the folder of these pics happened to be right beside me when I was coming up with what to do for this weeks Micks piece. I've unrooted a ton of my old drawings. Its great to know that even when I was 12 years old that I was still better than Mooney
P.S. Mighty props to my Mom who saved all of these 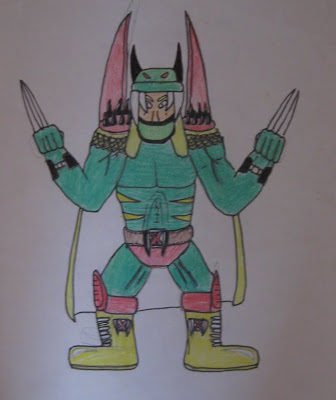 I have no idea who he is, Can not for the life of me remember. I do know that I was designing a Street fighter Style fighting game (I have tons and tons of half started SNES games from when I was younger). How I came up with the bastard child of Hulk Hogan, Wolverine and a snake I do not know.
The only other guy I can remember was Waterfall, and he was just liquid! Inspiring stuff

These guys were.... wait for it 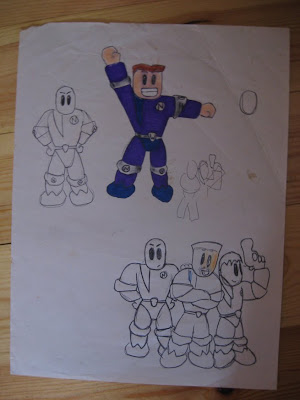 Looks like this is from around the time I was playing Bomberman by the shape of their heads and eyes.
I pitched the Nebula comic book story to my buddies Martin and Padraig when I was in Third class and was gutted when they just laughed at it. Feckers 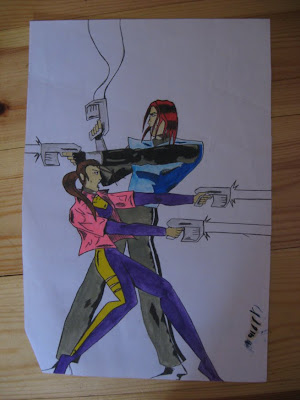 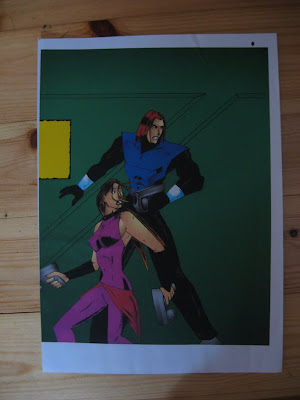 Look above and you will see my very first attemt at Comic book colouring. Jeasus I remember that after applying a gradient you would have to wait 5 minutes for it to load along with that old ticking loading sound computers used to have.

So thats enough of the self created characters. Lets delve into the old Fan art

This one is Possibly my fav of all the pics. Its from when Sugar Puffs gave out free x-men toys when you collected enough tokens. Eaach box had trading cards in them too. I strongly remember colouring it. Oooh yeah check out those abs! 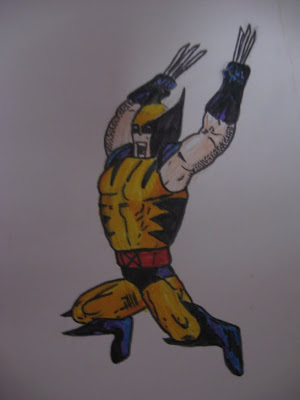 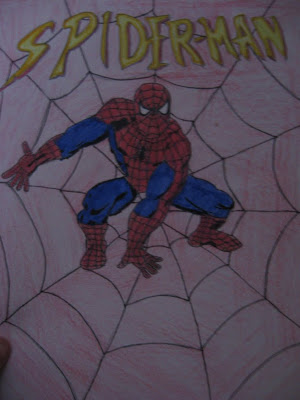 Now this I'm quite proud of. Drew it when I was ten and I've never drawn a better Batman since 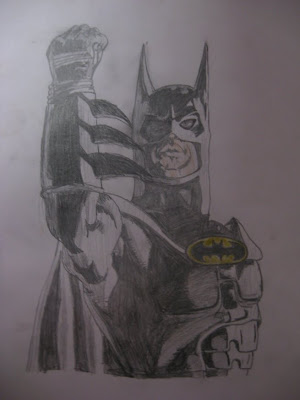 My dad gave me 96/100 for this one. He graded my drawings for some reason.
Look, I used paint once. 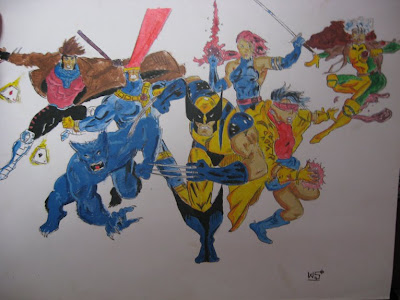 Ah the Joe Mad Gambit. Possibly the strongest single costume/character design that made me want to draw comics. 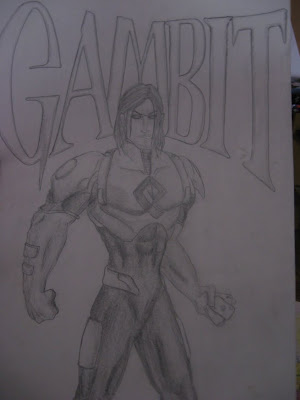 Heres an X-Men costume redesign. Looks like I went back to the crayola pencils for this one 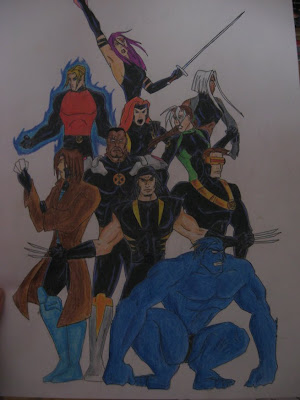 I might show some of my college stuff next week. Including the Mighty Batman Year one Fan Film where Declan Shalvey gets the shit kicked out of him by Detective Flass. Ahhh good times
Posted by Will Sliney at 11:56 PM

Hee hee! These are terrific! You do know that Team Nebula will one day pay for your house, don't you? Great designs AND a great name. Wikona looks wicked too. I'm loving these flashbacks!

Your dad grading your pics though? That's really fucked up, man...

Savage stuff Will. It's mad seeing poses and costumes I recognize from reading those books way back in the day, really reminds me of the old formative years. I'm more and more tempted to stick my first ever stuff up, follow Nick's and your lead.
Some jems here, truly.

Best post ever Will! I love this kind of messing. Yes those gradient fills and the clicking noise as the pc tried not to explode, brings me back